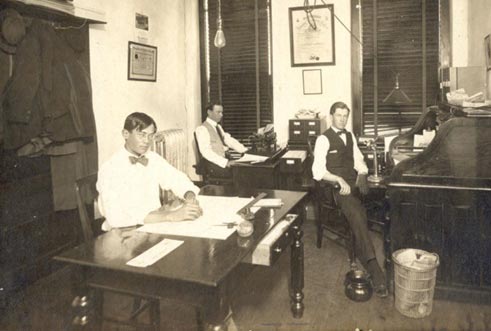 Due to corporate growth and acquisitions, FirstPoint, was formed in 2001 as a holding company  designed to maximize operating synergies and technology among the Credit Bureau and its for-profit subsidiaries.  The new FirstPoint identity provided a unifying umbrella for the various business units- allowing joint marketing and growth opportunities. Today, the FirstPoint family of resources offers businesses a variety of information and operation services that include revenue cycle management, background screening services, residential tenant screening and mortgage solutions, as well as professional management of trade associations, professional societies and licensure boards.  The company is continuing its successful growth strategy of vertical business development and acquisition.